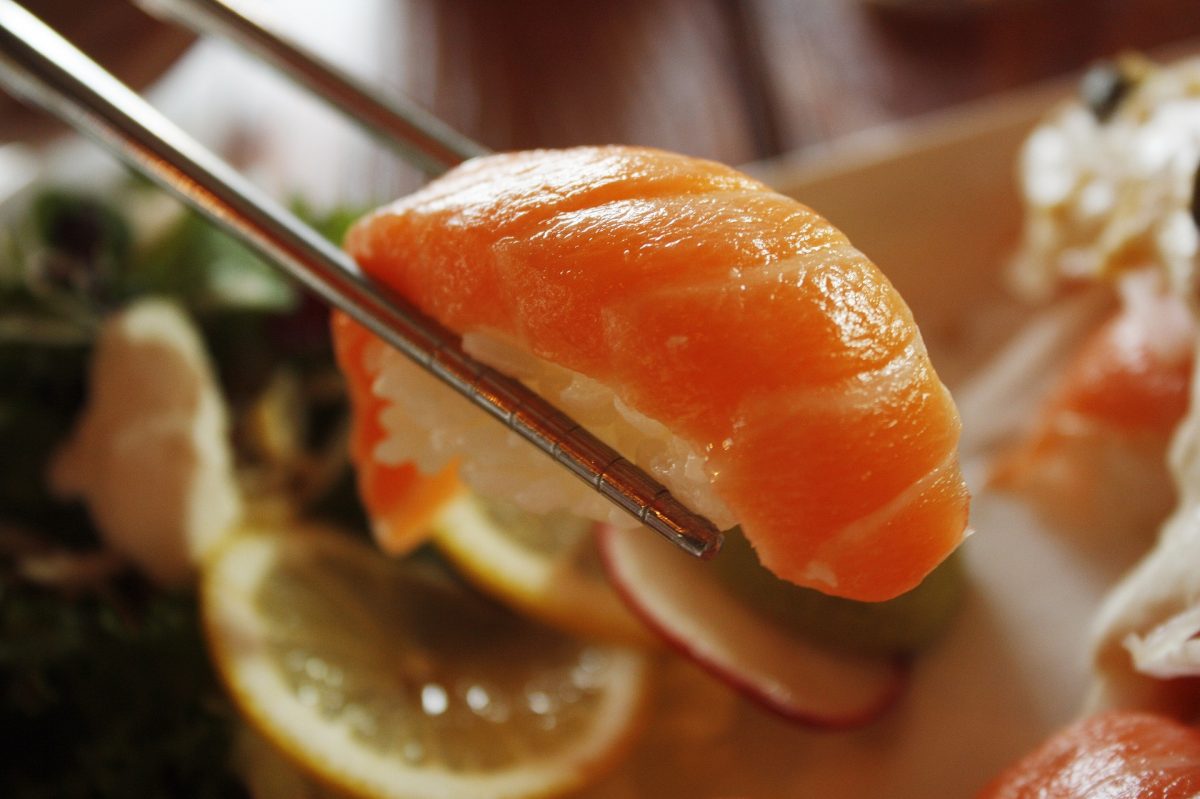 The beginning of Sushi

The history of sushi is an interesting tale. While sushi has been around for a long period of time, it has evolved from what was originally a simple dish to what it is today in its present form. The first mention of sushi was in China during the second century A.D., when it was used as a way of preserving food. The fish were placed in rice and allowed to ferment, which kept the fish edible for longer periods of time. When ready to eat, the rice would be thrown away, leaving the fermented fish.

For centuries, this method of preserving fish would spread throughout China, and by the seventh century, it would make its way to Japan where seafood has historically been a staple dish. The Japanese would take this concept one step further, and began to eat the rice along with the fish. Originally, sushi was prepared in the same as it is today, however during the early 17th century, Matsumoto Yoshiichi of Edo (present-day Tokyo), began seasoning the rice with rice wine vinegar to give it extra taste and began selling this new type of sushi. This new way of creating sushi allowed the dish to be eaten immediately.

The Evolution of Sushi

In the early 19th century, a Japanese man from Edo (former name of Tokyo) named Hanaya Yohei began changing the way sushi was produced and presented. Instead of wrapping fish in rice, he placed a piece of fresh fish on top of an oblong shaped piece of seasoned rice. Today, we call this style of sushi and presentation ‘nigiri’ meaning finger sushi, or ‘edomae’. This is now the common way of eating Japanese sushi. During the early 19th century, sushi was served from stalls on the street and was meant to be a snack or a quick on-the-go meal. This type of ‘fast food’ sushi proved to be wildly popular, and soon stalls would pop up all over the country selling sushi. The aftermath of the Great Kanto earthquake in 1923 would also help fuel the rapid rise of street sushi stalls throughout Japan, as many people lost their homes and jobs and moved away from Tokyo.

After World War 2, street sushi stalls were shut down for hygiene and sanitary reasons and were moved indoors. This move indoors meant formal restaurant seating was added, and changed sushi from an on-the-go, fast food experience to a unique, sophisticated, true dining experience. Sushi would spread across the globe with the promotion of seafood, and Western cultures, who were always eager to try something new, would quickly adopt this unusual way of serving fish.

The history of sushi spans over 1800 years, and its current iteration is one of the world’s most famous and beloved foods. Once uniquely Japanese, sushi has truly evolved into something that is now beyond traditional Japanese cuisine. Western influences have sprouted new styles of sushi such as the Philly Roll and California Roll, and many restaurants also create elaborate rolls to offer even more variety on their menus. It’s not often that a cultural food can take the world by storm and also influence foods from countries around the world, however sushi has done exactly that. The demand for sushi is increasing, and sushi continues to evolve in many different ways. The history of sushi is far from over.

Today, sushi can be a quick, on-the-go meal or a high-end dining experience. In Japan, sushi bars can be found in a train station, on the street, and in shopping malls. In North America, sushi packs are available in almost all supermarkets and almost every shopping mall food court has a sushi stand. There are also sushi restaurants everywhere that can range from affordable, to high-end luxurious experiences. You can see how versatile sushi is!