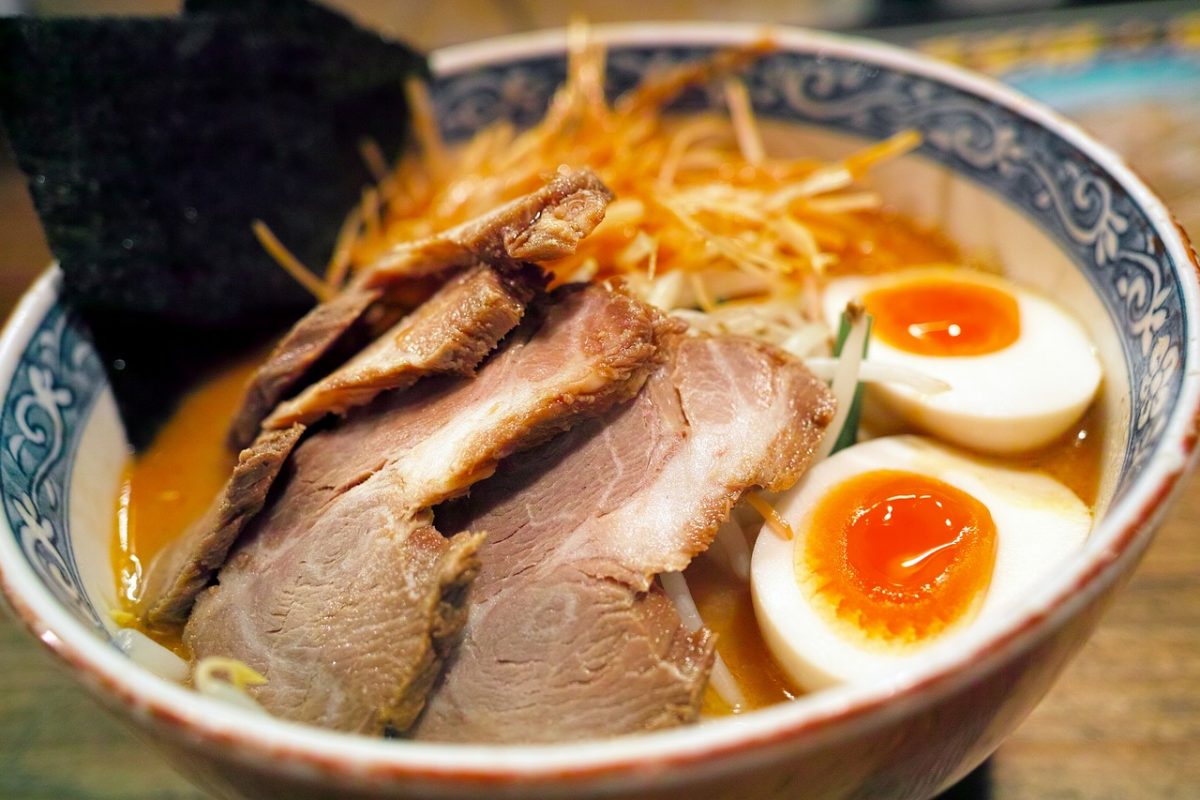 Since its opening in 2012, RakiRaki Ramen & Tsukemen is consistently ranked as one of the best ramen in San Diego, if not the best. The original location, located in the heart of Kearny Mesa, also known as the epicenter of San Diego’s Asian food scene, often has long lines that extend out the door which is well worth the wait. Head chef and owner, Junya Watanabe, serves up signature ramen recipes that combine traditional ramen making along with the highest quality ingredients in a modern setting.

At RakiRaki, you’ll find a wide variety of ramen dishes as well as authentic Japanese cuisine including tsukemen, a type of dipping noodle, Japanese curry, yakitori, ramen burgers, and sushi as well. There is also a carefully procured alcohol menu that features local craft beer and sake.

RakiRaki’s original location on Convoy Street features an open kitchen concept which allows guests to view what’s going on inside the kitchen, enhancing the overall experience. The restaurant features thoughtful design elements such as contemporary zinc countertops, reclaimed wood, and oversized Japanese lanterns which set the mood for the dining experience. At RakiRaki, you’ll feel like you’re in a traditional Japanese restaurant in a modern setting. Guests often on cold beer or sake while watching with excitement as the chefs perform their magic. Each bowl of ramen here is served aburi style, with fresh toppings flame-blistered before being served for enhanced flavor.

Owner Junya Watanabe is not just the head chef of RakiRaki, but also its owner. Born in Tokyo, Japan, Watanabe came to the United States as a teenager and attended UCLA where he received a master’s degree in Economics. From a young age, Watanabe always displayed a keen interest in culinary arts which also stemmed from his love for ramen. After noticing that this popular Japanese dish could become popular in the United States, Watanabe decided to enter the culinary world to pursue his love for ramen and Japanese cuisine.

Without any formal culinary training, Watanabe spent over six years to learn the basics of cooking and was a devout student in culinary arts. He returned to Japan and spent several months shadowing some of Japan’s top ramen chefs, learning the secrets to making the perfect bowl of ramen and the importance of fresh ingredients. Once Watanabe was able to master the basics of making ramen, he added his own signature touch to original ramen recipes along with other Japanese style foods such as tsukemen and curry After years of shadowing and apprenticeship, Watanabe brought his vision and creations into reality with the opening of RakiRaki Ramen & Tsukemen in October 2012.

You can see the passion that Watanabe has for cooking by the details he puts into his prepping and cooking. This passion for what happens in the kitchen extends to all parts of his restaurant. During the day, you’ll often find Watanabe experimenting with new and old recipes while researching the latest food trends. In the evenings, you’ll see him behind RakiRaki’s open kitchen wearing his signature chef’s jacket, overseeing everything going on and even adding flame-blistered toppings to each bowl of ramen.

In 2021, RakiRaki decided to expand into Tokyo-style fried chicken. Fried chicken is extremely popular around the world, and RakiRaki joins the fray with their version called Junya’s Crispy Karaage, or JCK for short. In making JCK, Junya Watanabe reportedly collaborated with a Michelin-starred chef in Tokyo to develop this karaage. Like most karaage, JCK is marinated prior to frying.

While chicken karaage was always a popular item on RakiRaki’s original menu, Watanabe decided to develop a new recipe for JCK which involved a shoyu-based marinade, with the chicken being double-fried in a coating of Japanese spices. There is also a spicy version of JCK. Though Junya’s Crispy Karaage was developed as a standalone concept, a special tasting was available at RakiRaki locations in Kearny Mesa, Mira Mesa, and Liberty Station.

In addition to the fried chicken box containing six pieces of fresh karaage and three Japanese sauces for $9.40, there will also be a karaage coleslaw salad, karaage sliders on pretzel buns, and karaage on curry rice and tonkatsu ramen. These items will be available in limited quantities per day.